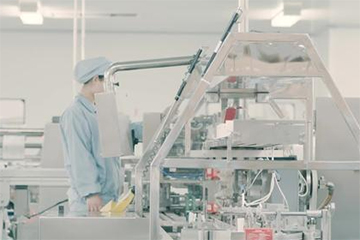 The development of Chinese medicine

2. Modernization research is imminent
Since 2017, various provinces have successively issued notices to stop or modify various auxiliary drugs, the core purpose of which is to reduce fees, and focus on monitoring drugs with inaccurate curative effects, large dosages, or expensive prices.

The first is the dilemma of medical culture. TCM treatment emphasizes syndrome differentiation and treatment, which treats diseases through the analysis and adjustment of the human body; while Western medicine focuses on simple disease types and localized treatments, and eliminates them by finding the cause of the disease. The second is the difficulty of technical standards. Western medicine pays attention to unity, accuracy and data. The admission of medicines is based on the requirements of drug safety and effectiveness. Western medicine management agencies also propose corresponding admission standards for Chinese medicines. However, most Chinese medicines are currently in my country. The research and development only stayed at the rough observation stage, the corresponding GLP and GCP were not established, and the clinical efficacy evaluation supported by the scientific data obtained from clinical trials was lacking. In addition, the increasingly fierce international market competition has also brought severe challenges to the Chinese medicine industry, and the superposition of various difficulties has led to the slowing of the internationalization of Chinese medicine.

Research on the modernization of traditional Chinese medicine is not only a scientific issue, but also related to the overall development of my country’s pharmaceutical industry. Under the overall favorable situation of national policies, research on modernization of traditional Chinese medicine and its internationalization is imperative. Of course, it is inseparable from this process. The joint efforts of all front-line scientific researchers!

In view of the modernization research of traditional Chinese medicine compound prescriptions, Puluo Medicine has summarized a set of innovative and feasible research ideas:

First, use animal models for efficacy verification, and determine the effects and measurement through disease-related indicators; second, use compound-target-pathway prediction based on network pharmacology, use metabolomics, proteomics, transcriptomics, and phenotypes , Genomics research to predict the direction/mechanism of compound regulation; then use cell and animal models to detect and verify the direction of regulation through detection of inflammatory factors, oxidative stress, etc., and perform target detection through detection of signal molecules, regulatory factors, and target gene content And verification; Finally, use high-performance liquid phase, mass spectrometry, etc. to analyze the composition of the compound, and use the cell model to screen effective monomers.