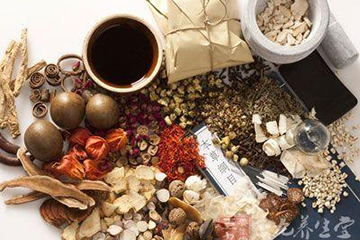 It's too hard, and there are hardships to tell. . . For example, the content of medicinal materials in different sources, different origins, and different harvesting periods, and the paste yield rate are very different, process stability cannot be guaranteed, quality control cannot be solved, and the phenomenon of blending in production is basically common. Need for policy liberalization.

The problem of ointment yield that you asked me the day before yesterday is actually very complicated. Take a product as an example. A certain medicine from Gansu and Sichuan has different origins from the same base source. The different harvesting periods are very surprised. The real data on the ointment yield is ours. No real data on production is available, and these data are top secret for every company. But we probably know that the fluctuation is large. It is not only the problem of medicinal materials, but also the process. There is a lot of pressure on the production of large varieties of medicinal materials every year. Our large varieties are restricted by the scale of production, and the production is in short supply throughout the year. Therefore, it is impossible to use low-temperature vacuum drying or oven drying in the research stage. It is a fluidized bed one-step granulation or spray drying. Regardless of the process, there will be many problems in large-scale production, because polysaccharides and tanning will cause adhesion, and different paste rates will lead to the collapse of the capsule. The solution is risky, so Japan always uses intermediates as raw materials for independent preparation. China emphasizes that compound medicinal materials are used as the unit, and intermediates are not allowed.

However, basically every company will have this kind of deployment problem. The stricter the quality control, the more it is needed, otherwise there will be risks with so many indicators. The company has been investigating for a long time, and we didn't admit it to death in production. We can't do anything with them. Several other GMP production qualifications have also visited, and the situation is basically the same. Small-scale and pilot-scale research are relatively easy, but there are not many large-scale production equipment in China, and they are uneven, and various problems are common after amplification. It's not that if the company doesn't work hard to solve it, you will find that it is too difficult if you make a new drug. Regulations are needed to support the relaxation of policies. Not to mention doing three batches of pilot trials, our large-scale production has been restarted more than a dozen times, and there will still be many process problems.

The difficulty of Chinese medicine is so great that it is hopeless. First, the academics do not pay attention because they cannot publish articles. Second, they do not have interdisciplinary capabilities. Third, they do not have equipment funds. This leads to a mismatch between research and practice.

Today, the 2020 version of the pharmacopoeia dry goods are released:

4. Standardize and improve the testing methods, processes, limits, result judgments and formulation specifications and other expressions and terms; standardize and coordinate the relative consistency of the same series of product quality control, testing methods, indicators and limits. Standardize and unify the terminology of traditional Chinese medicine, highlight the characteristics of syndrome differentiation, standardize the expression of functions and indications, the arrangement of primary and secondary symptoms, and thoroughly solve problems such as inaccurate descriptions, inconsistencies, and broad indications.

5. Actively advocate green standards and economic standards, promote the use of low-toxicity, less pollution, resource saving, environmental protection, simple and practical detection methods, and completely stop the use of toxic reagents such as benzene and replace them all.

The good news is that the application of new technologies will lag behind, but will not be absent. Fully establish the limit of pesticide residues and heavy metal residues, ICP-MS has fully replaced atomic spectrophotometry, and GC is fully popularized; promote internal standard method, one test and multiple evaluation, European Pharmacopoeia, American Pharmacopoeia natural medicine has long been internal standard method, Chinese Pharmacopoeia There are only a handful of internal standard methods, it can be said that there is basically no; the establishment of fingerprints, reflecting the comprehensiveness, except for Tasly’s compound Danshen dripping pills and other large varieties of well-known companies, basically not much can be done at present; discuss biological activity detection methods Applicability is another technology that will lag behind by 20 years.