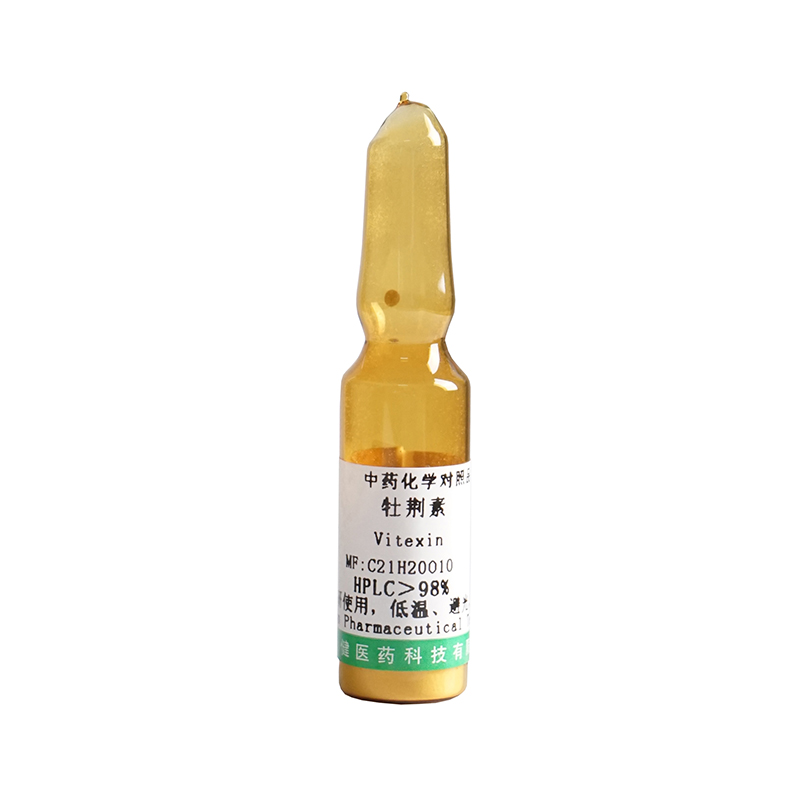 Therefore, the raw materials of pure Vitex leaves and Vitex seeds are relatively scarce, and the collected Vitex leaves are basically used to distill and refine Vitex oil, which leads the plant extraction manufacturers to abandon the basics and extract Vitexin. Instead, they use hawthorn leaves to extract Vitexin, extract Vitexin from the total flavonoids of Hawthorn Leaves through extraction, separation, purification and other processes, and finally make a freeze-dried preparation.

Vitexin is mainly used to treat cardiovascular diseases. The purity of Vitexin is generally required to be > 98% (HPLC). Vitexin for injection has been used in clinical medicine. The main functions of Vitexin are promoting blood circulation and removing blood stasis, regulating qi and dredging pulse. It is used for chest obstruction caused by blood stasis. Symptoms include chest tightness, suffocation, tingling in the precordial area, palpitation, forgetfulness, dizziness and tinnitus. Coronary heart disease, angina pectoris, hyperlipidemia, insufficient blood supply of cardiac artery and other symptoms.

Many plant extraction manufacturers are producing Vitexin plant extracts. In addition to Vitexin extract, such as Vitexin extract and hawthorn extract, they are all producing Vitexin as the effective component index, and the products are also sold to customers with Vitexin as the index. The content index of Vitexin in the extracts of Vitex and hawthorn is basically only about 5%.

I believe you have also seen similar reports on anti-cancer and anti-cancer of Hawthorn: recent studies have found that Hawthorn contains a compound called Vitexin, which has the effect of anti-cancer. Nitrosamine and aflatoxin can induce the occurrence or aggravation of digestive tract cancer. Experimental studies show that hawthorn extract can not only block the synthesis of nitrosamine, but also inhibit the carcinogenic effect of aflatoxin. Therefore, people at high risk of gastrointestinal cancer should often eat hawthorn. For patients with cancer, hawthorn and rice can also be used to cook porridge together in case of dyspepsia, which can not only help digestion, but also play an auxiliary role in anti-cancer.

The chemical content of Vitexin in Hawthorn is far less than that of Vitexin, but because few people really know and understand Vitexin to get rich, the anti-cancer and anti-cancer effect of Vitexin has been locked in the mountains!