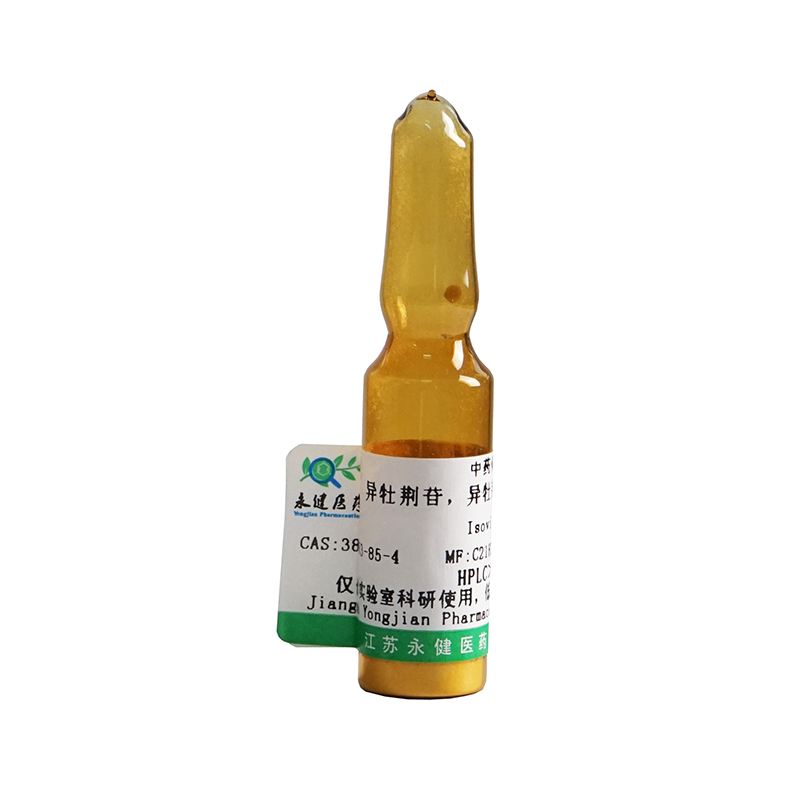 Isovitexin, a chemical with the molecular formula c21h20o10, is used as an antitumor compound.

[precautions]: This product should be kept away from light, dry and low temperature Avoid product degradation caused by moisture and sunlight